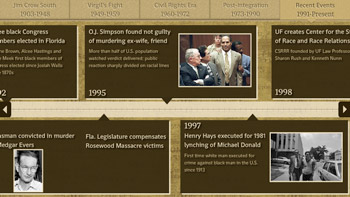 Timeline of the Struggle for Civil Rights at UF

Paving the Way for Equal Rights

In April 1949, Virgil D. Hawkins, the director of public relations for Bethune Cookman College, applied for admission to the University of Florida College of Law. He was academically eligible and possessed appropriate life experience qualifications. For nine years Hawkins and his allies would fight Florida’s Jim Crow laws, which racially segregated its state universities, until they were ultimately victorious in the U.S. Supreme Court.

UF denied admission to Hawkins and five other African-American applicants in May of 1949 solely based on race. Hawkins appealed under the Equal Protection Clause to the Florida Supreme Court but did not prevail. The Court instead required Florida to build a law school for black students at Florida A&M University. Between 1948 and 1956, 85 African-American students were denied admission to UF. 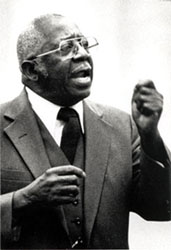 In the landmark 1954 decision Brown v. Board of Education, the U.S. Supreme Court ordered that public schools nationwide must be desegregated with “all deliberate speed” by 1956 and in a companion decision ordered UF to admit Hawkins. He was still not admitted and would go before the Florida Supreme Court three more times and the United States Supreme Court twice more. 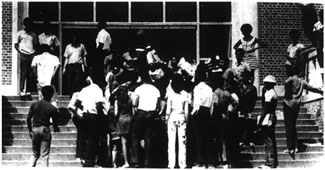 In 1958, Hawkins withdrew his application to the University of Florida College of Law in exchange for a Florida Supreme court order desegregating UF’s graduate and professional schools. On Sept. 15, 1958, George Starke was admitted to the College of Law as UF’s first African-American law student. Starke received police protection for the first few weeks but withdrew after three semesters. Public schools across Florida finally began to integrate. W. George Allen became the first African-American to graduate from the University of Florida College of Law in 1962. The first seven African American undergraduates registered at UF. 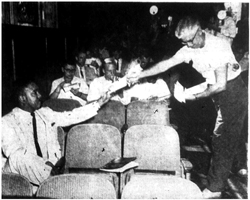 The 1960s were an era of change and instability but also of great progress. This eventful decade included the March on Washington, JFK’s assassination, 16th Street Baptist Church bombing, the Civil Rights Act of 1964 and the desegregation of Alachua County public schools. In 1965, the Center for African Studies was established at UF. In 1968, the Black Student Union was established at UF.

In 1969, Spencer Boyer was hired as a visiting professor and became the first African-American to teach at UF Law, but he and his family left abruptly after receiving threats. Also in 1969, the African American Studies Program began at UF.

Stephan P. Mickle became the second African-American to graduate from UF Law in 1970. Mickle went on to become the first African-American to establish a law practice in Gainesville and ultimately became a federal judge. The 1970s student protests against UF admissions policies based on race paved the way for UF’s first affirmative action policy after one-third of African-American students left the university. Since then, UF has established itself as a racially diverse institution, with the Center for the Study of Race and Race Relations established at the law school dedicated to the continued study and discussion of difficult race-related issues.