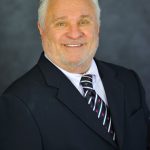 University of Florida Levin College of Law is proud to announce the newly-endowed Gerald A. Rosenthal Chair in Labor and Employment Law. The new chair, designed to recruit a nationally-recognized expert in labor and employment law, is made possible through a $2 million gift from Gerald A. Rosenthal (JD 73) and his late wife, Ingrid […] 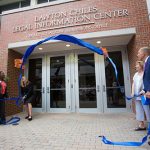 University of Florida Levin College of Law is proud to name its admissions office the “Gerald Schackow Admissions Office” in recognition of a $500,000 gift from UF Law alum and local attorney Gerald “Jerry” Schackow (JD 65) and his wife, Joanne. An unveiling celebration took place on Friday, Oct. 13, in the Marcia Whitney Schott […]

Be a part of UF Law’s efforts to Go Greater by becoming an Alumni Ambassador. Fill out the form below and our team will reach out to you directly.

Fabienne Fahnestock (JD 98) spent 15 years as a litigator for Gunster, focusing on business and employment law, health care disputes, probate and appellate issues. But roughly six months ago she settled into a new role as a trial court judge in the 17th Judicial Circuit. “It was just one of those aspirations that you always think will be […]

William D. “Bill” Brinton, who passed away on June 19, 2017, spent four decades of his legal career “not backing down”.  As a teenager in Jacksonville, Bill became fascinated by the 1968 consolidation of the city and county governments, and spent hours reading the newly created city charter.  Following a BA (1974) from the University […]

Those who have worked with The Florida Bar Executive Director John “Jack” F. Harkness Jr. during his 37-year tenure describe him uniquely – as a rock star, a unicorn and a calming influence during tough times. They also call him a proud Double Gator. He received his Bachelor of Science in Business Administration from UF […]

UF Law alumna Susan Haag (JD 92) is an experienced prosecutor and the only woman in the world to have completed 100 iron distance triathlon races, each equivalent to swimming 2.4 miles, biking 112 miles and running a 26.2 mile marathon in under 17 hours. She also swam, biked and ran her way through an […]

Bruce Hoffman (JD 92) has been named Acting Director of the Federal Trade Commission’s Bureau of Competition. Hoffman, who previously worked as a partner with Shearman & Sterling LLP, transitioned into his new role on Aug. 7, according to an FTC news release. “I am honored to be asked to serve at such a critical […] 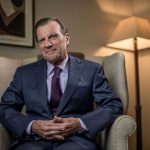 More than 1,400 alumni and friends of the University of Florida Levin College of Law contributed $1.5 million to meet the Culverhouse Challenge, an initiative to unlock two $1.5 million matching donations from UF alum Hugh Culverhouse (JD 74) and UF Provost Joe Glover.

Quarles & Brady cited as a Best Law Firm for Women

Quarles & Brady LLP, led by Firm Chair Kimberly Leach Johnson (JD 81), is standing out as a law firm where women attorneys thrive, according to several recent reports. Law360 cited the firm among the “Best Law Firms for Women” in their 2017 Glass Ceiling Report, ranking it No. 2 among firms with between 300 […]