Married Women and the Law in Britain, North America, and the Common Law World 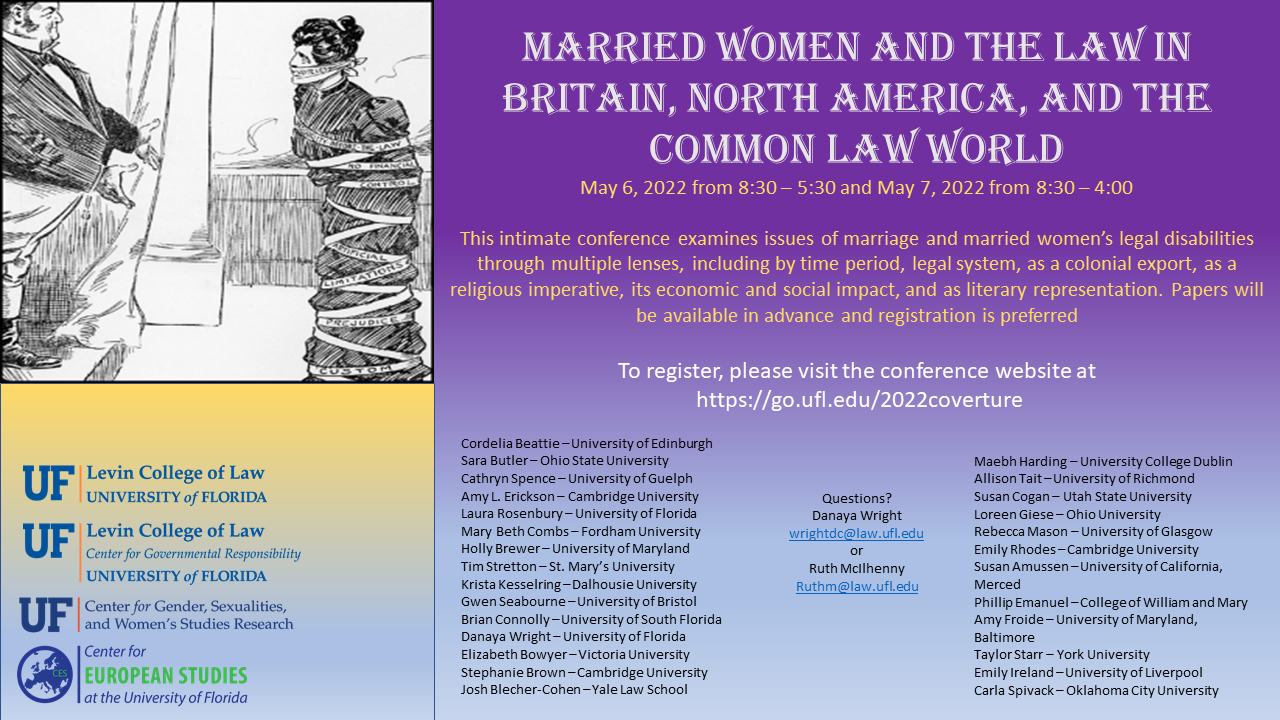 The 2022 Conference on Coverture will be held May 6-7, 2022, and is sponsored by UF Levin College of Law, UF Law’s Center for Governmental Responsibility, the Center for European Studies at the University of Florida, and the UF Center for Gender, Sexualities, and Women’s Studies Research.

The speaker lineup is subject to change.