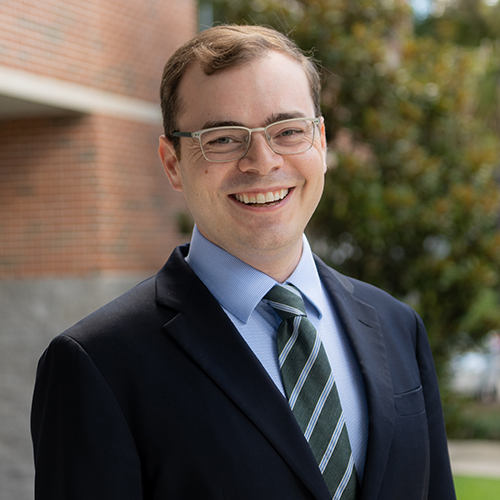 Professor Andrew Hammond writes and teaches in the areas of administrative law, civil procedure, and poverty law. His scholarship focuses on how agencies, courts, and legislatures respond to poor people’s claims. His articles have appeared in or are forthcoming in the California Law Review, the Michigan Law Review, the Northwestern University Law Review, and the Yale Law Journal, as well as other publications. In 2021, one of his papers won the American Constitution Society’s Richard D. Cudahy Writing Prize for Regulatory and Administrative Law, and another won the Call for Papers Competition of the Southeastern Association of Law Schools (SEALS). He serves on the Executive Committee for both the Civil Procedure and the Poverty Law Sections of the Association of American Law Schools. He is an Affiliate Scholar of Georgetown Law’s Center on Poverty and Inequality (GCPI).

Prior to joining the University of Florida law faculty, Hammond taught in the College and the Law School at the University of Chicago. Before entering academia, Hammond clerked for then-Chief Judge Diane P. Wood of the U.S. Court of Appeals for the Seventh Circuit and Judge Robert M. Dow of the U.S. District Court for the Northern District of Illinois. He then practiced as a legal aid attorney at the Sargent Shriver National Center on Poverty Law in Chicago, first as a Skadden Fellow and then Of Counsel.