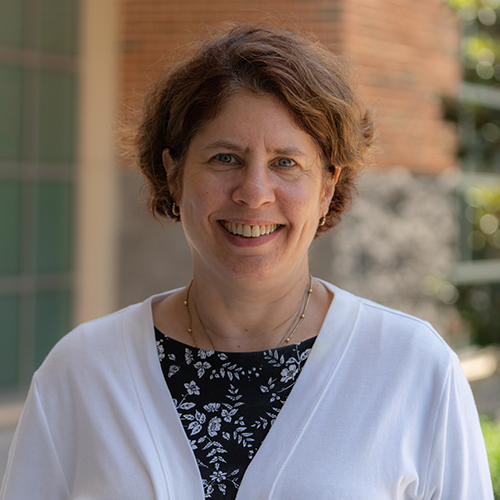 Bard has also held appointments in the Graduate School of Biomedical Sciences as a member of the founding faculty of the public health program and as adjunct professor in the Department of Psychiatry at the Texas Tech University Health Science Center’s School of Medicine. She has been a visiting scholar at Harvard Law School’s Petrie-Flom Center for Health Law Policy, Biotechnology, and Bioethics and the O’Neill Institute for National & Global Health Law at Georgetown Law and a visiting professor at the University of Iceland’s Law Faculty, Penn State University Law and Medical Schools, Drake University Law School, and in the LLM program at LaTrobe University in Melbourne, Australia.

Bard has been recognized for her teaching, including being named “Outstanding First Year Teacher” at Texas Tech Law. She has taught Torts, Public Health Law, Human Subject Research Law, and Constitutional Issues in Health Law. She began her academic career as a faculty member at the University of Texas Medical Branch at Galveston.

Bard is a prolific and highly successful scholar in the disciplines of law, public health, and bioethics. She has published 30 articles and book chapters, including articles in the University of Utah Law Journal, The American Journal of Bioethics, and the University of Houston International Law Journal on topics ranging from the regulation of e-cigarettes, international human subject research, whistleblowing in higher education, the use of “dangerousness” as a factor in death penalty sentencing, corporate wellness programs, and posthumous reproduction. Her work is widely cited by publications in a variety of disciplines.

Bard has been asked to present scholarly papers at conferences all over the world in law, bioethics, and public health, most recently including the European Law Faculties (ELFA) Annual Meeting in Barcelona, Yediteppe University in Istanbul, Turkey, and the Athens Institute for Education and Research 11th Annual International Conference on Law, Athens, Greece. She is frequently sought out by the media on issues of law and public health and has been interviewed by The Wall Street Journal and Money Magazine. She often publishes opinion pieces in print and is a contributing editor to The Harvard Bill of Health Blog.

Following law school, Bard clerked for the late Honorable Frank H. Freedman, chief judge for the U.S. District Court for the District of Massachusetts. She was then a litigation associate at Shearman & Sterling in New York City where she worked on complex commercial litigation and international mergers and acquisitions. Before entering academe, she was an assistant attorney general in Connecticut in the Medicaid Fraud/Whistleblower Unit.

Jennifer S. Bard & Craig M. Klugman, Futility on the Border: What should a hospital do for an undocumented person in a vegetative state who can no longer benefit from hospital treatment?, Hastings Ctr. Rep. (July–Aug. 2013).

Jennifer S. Bard, What to Do When You Can’t Hear the Whistleblowing: A Proposal to Protect the Public’s Health by Providing Whistleblower Protection for Medical Researchers, 9 Ind. Health L. Rev. 1 (2012).