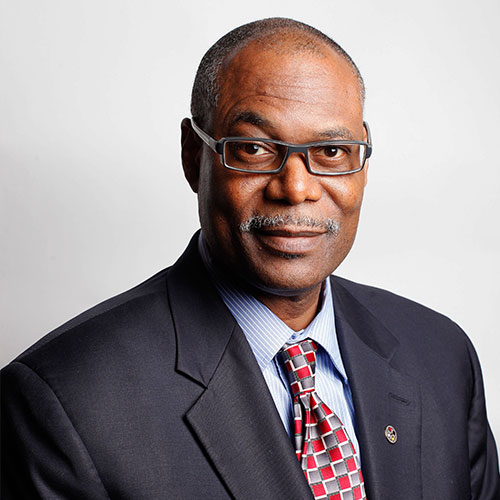 Kenneth Nunn is the Associate Director of the Center on Children and Families at UF Law. Professor Nunn joined the UF Law faculty in 1990 and has twice been named “teacher of the year.” His teaching and scholarship expertise lies in the fields of Criminal Law, Criminal Procedure, Race Relations and the Law, Police Brutality, Race and the Criminal Process, Cultural Studies, and African and Africa-centered thought. Along with Sharon Rush, he co-founded the Center for the Study of Race and Race Relations, one of a few law school centers that focus on race. He previously worked as a public defender in San Francisco and Washington, DC and as a staff attorney at the Southern Africa Project. Professor Nunn has published a variety of written works, including several book chapters and various articles on topics such as race, diversity, critical theories and human injustice. He was a member of the Florida Innocence Commission that was established to suggest changes in Florida law to avoid wrongful convictions. He has also taught as a visiting law faculty member at Washington and Lee University School of Law, Florida A&M University College of Law and at Makerere University in Uganda. Professor Nunn is an Affiliate Professor in the UF Center for African Studies and in the UF African American Studies Program.

He received his J.D. from the University of California, Berkeley.