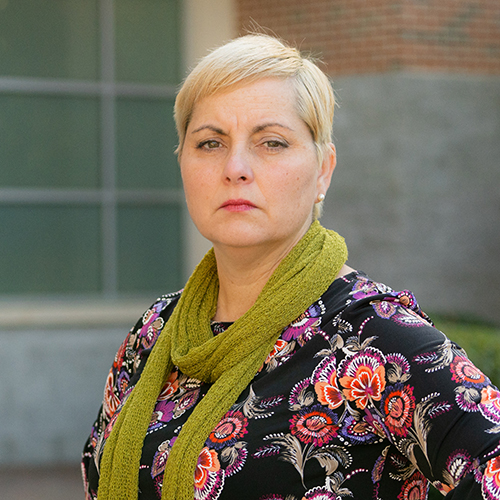 Mae C. Quinn is a leading voice in legal education and law reform. Her scholarly work bears witness to the ways in which law and legal institutions may create and perpetuate marginalization and vulnerability. At the same time, it promotes action and change, offering concrete legal solutions and methods for improvement. Her teaching and litigation have been recognized with numerous honors including the Missouri Lawyers’ Legal Champion Award and highlighted by national and international press outlets, including National Public Radio, the Washington Post, the Nation, and Australian public television.

Quinn’s juvenile defense and second-chance sentencing initiatives for youthful offenders, undertaken in collaboration with law students, have been used as practice models, contributed to United States Department of Justice reform efforts, and included in training materials produced by the National Juvenile Defender Center. Quinn has also served as an expert witness before the Ferguson Commission, legislative bodies, and in other settings, in addition to training legal professionals across the country at programs like the Darrow-Baldus Criminal Defense College, Ethical Society of Police, National Association of Children’s Counsel, and National Institute for Trial Advocacy.

In 2015, Quinn was recruited from her tenured professorship at Washington University at St. Louis to become the Inaugural Director of the MacArthur Justice Center at St. Louis (MJC-STL), a community-based, civil rights law office established in response to events in Ferguson. During her two-year leave from academia to launch MJC-STL, Professor Quinn sued the City of St. Louis to end municipal court cash bail practices, surfaced Missouri parole board misconduct resulting in the forced resignation of a Board member and personally represented juvenile defendants, parents, and #BlackLivesMatter protesters – including successfully defending an individual arrested at a Donald Trump rally for allegedly laughing at the candidate. Quinn also served as lead counsel for a state-wide federal class action that resulted in Missouri’s parole revocation system being deemed unconstitutional for neither providing hearings nor appointing counsel for thousands of indigent parolees. Reforms stemming from Quinn’s advocacy and scholarship continue in Missouri.