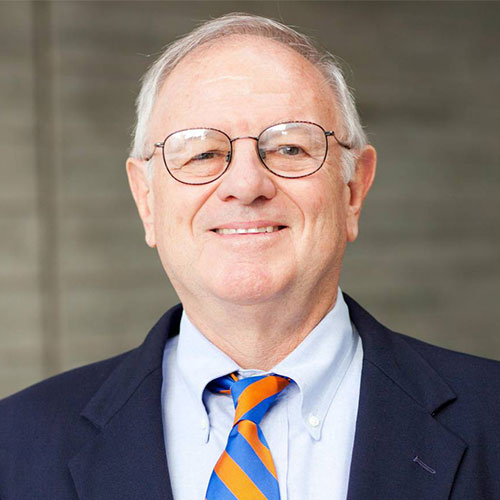 Martin J. McMahon, Jr., is the James J. Freeland Eminent Scholar in Taxation and Director of the Graduate Tax Program. He is a previous Editor-in-Chief of the Florida Tax Review. He received a B.A. in Economics from Rutgers University in 1971, a J.D. from Boston College Law School in 1974, and an LL.M. in Taxation from Boston University Law School in 1978. Professor McMahon taught at the University of Kentucky from 1979 to 1997, and was a visiting professor at the University of Virginia for the 1982-1983 academic year. He was Professor-in-Residence in the Office of Chief Counsel of the Internal Revenue Service in 1986 and 1987, and has been an instructor in the NYU/IRS Continuing Professional Education Program.

Professor McMahon is a frequent speaker at tax conferences around the United States and has made over 200 CLE presentations. He has lectured on U.S. taxation in a number of other countries, including Sweden, Germany, Poland, England, the Netherlands, Peru, and Chile. He has chaired the Teaching Taxation Committee of the ABA Tax Section and the Tax Section of the Association of American Law Schools. Professor McMahon is a fellow in the American College of Tax Counsel and a life member of the American Law Institute.