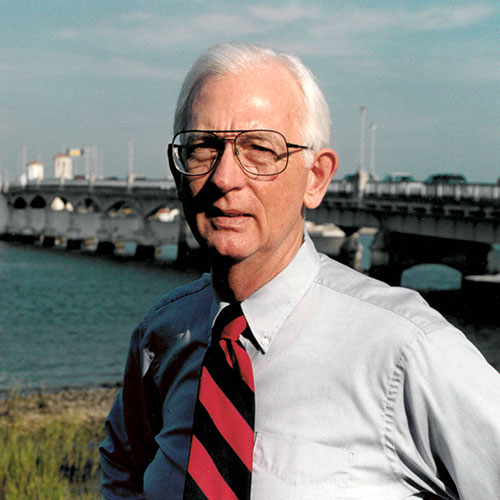 Twice in his career at UF, Professor E. L. Roy Hunt saw the law school through crucial transitions by serving as acting dean. In Fall 1970, he stepped in as the school searched for someone to replace long-serving Dean Frank Maloney. In March, 1980, he served as acting dean after Dean Joseph Julin stepped down to return to full-time teaching. Hunt played a major role in fundraising for the construction of Bruton-Geer Hall, oversaw major curriculum revisions and oversaw the change from a quarter to a semester system.