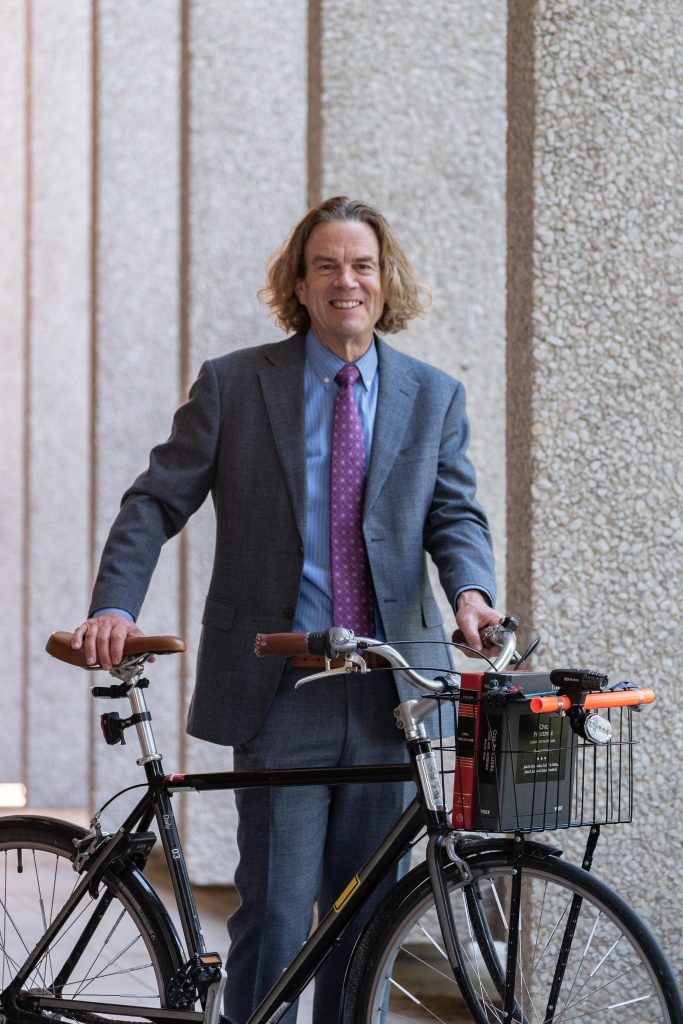 Professor Thomas D. Russell teaches Torts, Remedies, and an Advanced Writing Seminar titled “Personal Injury Law” at University of Florida Levin College of Law. Professor Russell has visited or held a permanent appointment at several top law schools, including the University of Texas at Austin, Stanford Law School, Berkeley Law, and University of California Hastings College of Law. He currently holds a permanent appointment at Denver Law. During the spring of 2023, Professor Russell will be a visiting professor at Washington University in St. Louis.

Professor Russell’s international experience includes serving as a Fulbright Senior Specialist at the University of the West Indies, St. Augustine campus in Trinidad and Tobago, where he taught the Caribbean’s first Restorative Justice class. He spent a year in the Republic of Ireland at Maynooth University, teaching the Irish law of Contracts and Torts to almost 200 first-year university students.

Professor Russell’s most downloaded work, “Frivolous Defenses,” is an empirical study of answers that insurance defense lawyers filed in car-crash lawsuits in Colorado. “Disrupting Frivolous Defenses” examines the efforts of the late Milton I. Shadur, a Judge of the United States District Court for the Northern District of Illinois, to improve the quality of answers that defense attorneys file. As part of the ongoing Frivolous Defenses project, Professor Russell also published a comparative study of car-crash litigation in Colorado and Alberta, Canada.

Professor Russell’s 2010 article, “‘Keep Negroes Out of Most Classes Where There are a Large Number of Girls’: The Unseen Power of the Ku Klux Klan and Standardized Testing at The University of Texas, 1899-1999,” was a cause of the renaming of Simkins Hall–the first substantial building-renaming event in the early 21st century. In other articles, Russell put courts at the center of American slave auctions and showed that legal officials separated enslaved family members more often than private auctioneers. Professor Russell has argued for a new conception of slave property that better represents the complicated legal relationships that spread the stake that Americans had in slave property.

Professor Russell is proud to be an attorney in California and Colorado. He specializes in personal injury matters, including seven-figure verdicts and settlements. He actively litigates in Colorado’s trial courts, Court of Appeals, and Supreme Court and also before the Public Utilities Commission. Russell was second chair on Colorado’s first-filed marriage equality suit. He also successfully represented 150 East African immigrants who fought incumbent taxi companies and the Public Utilities Commission to form their own business.