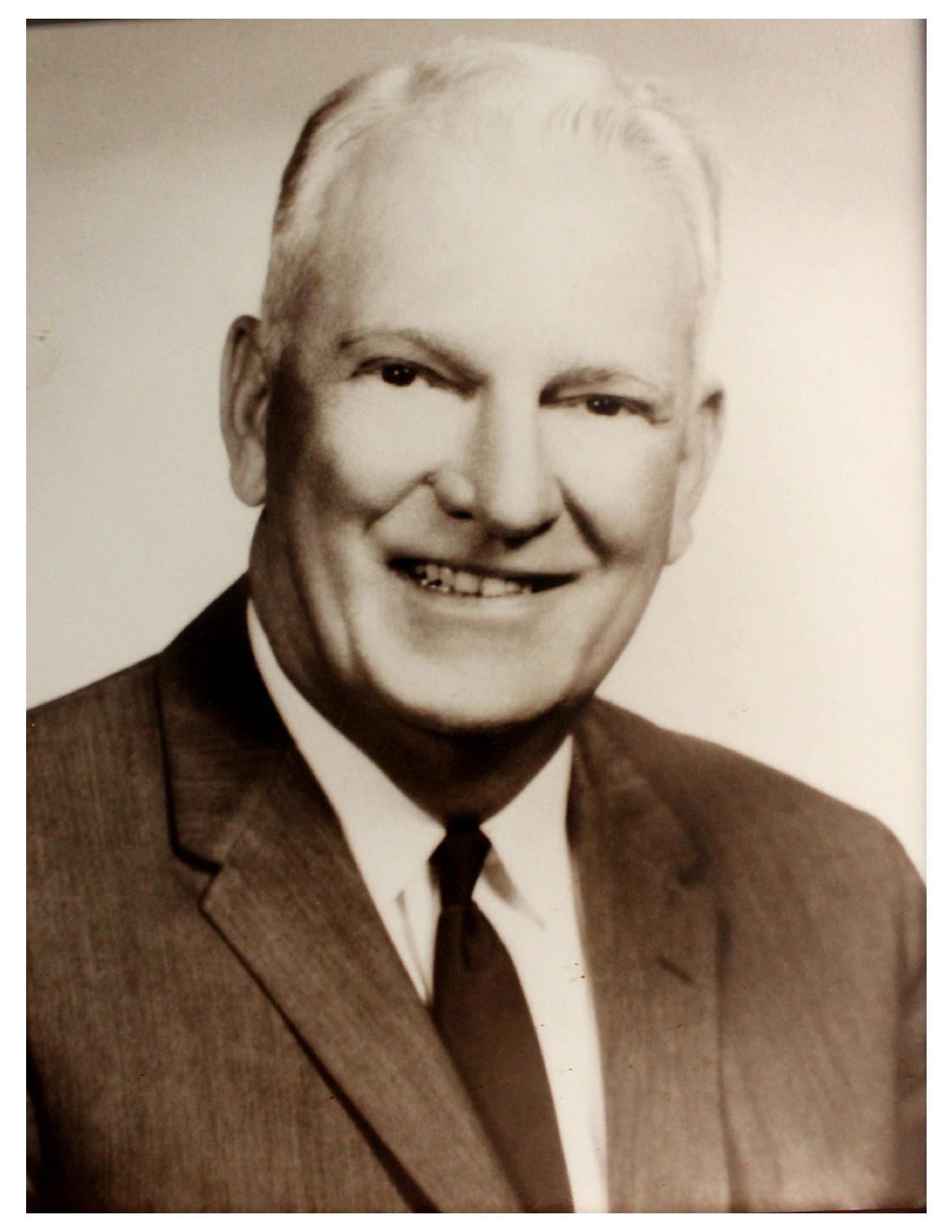 After graduating from UF Law in 1935, he founded his own practice in South Florida before being named an Assistant State Attorney General in 1942. That same year, Fulton put his career on hold to serve in the United States Navy as an aviator during World War II.

Four years later he reestablished his practice and became known as one of Florida’s most prominent attorneys. He would go on to serve as President of The Florida Bar Association in 1961 and serve five terms on The Florida Bar Board of Governors.

In 1963, Fulton was appointed by President John F. Kennedy to the U.S. District Court in the Southern District of Florida.

Fulton graduated from Lake Worth High School and went on to earn a degree from Washington and Lee University.

During his 44-year tenure as a UF Law faculty member, Mandell Glicksberg helped shape the minds of generations of Florida attorneys, teaching them the importance of professionalism and dedication to the law. At the time of his retirement in 1997, Glicksberg had taught more students than any other professor in the school’s 81-year history.

After graduating from UF Law in 1951, Glicksberg began his legal career in private practice in Miami Beach before joining the Judge Advocate General program as an Air Force First Lieutenant. Glicksberg retired with the rank of Lieutenant Colonel after serving two decades in the Air Force Reserves.

After his retirement, the Double Gator returned to his roots. He joined the UF Law faculty, teaching legal ethics, constitutional law, property law and sports law. He also served as the Florida Law Review’s faculty advisor. His tenure earned him the Instructor Excellence Award and the Professor Emeritus designation.

He also served as president of the University Athletic Association Board of Directors, UF’s faculty representative to the National Collegiate Athletics Association for 25 years, and the Southeastern Conference. A member of the SEC Executive Committee and eventually Secretary of the SEC. His work included executing Title IX compliance in women’s sports programs.

Glicksberg graduated from Miami Beach Senior High School in 1945. He went on to graduate from the University of Florida with a degree in psychology in 1949 before attending UF Law.

In law school, Glicksberg served on the UF Honor Court, as Notes and Comments Editor of the Florida Law Review, a member of Florida Blue Key, and was inducted into Phi Beta Kappa.

In 2000, Glicksberg was inducted into the UF Athletic Hall of Fame as an honorary member.