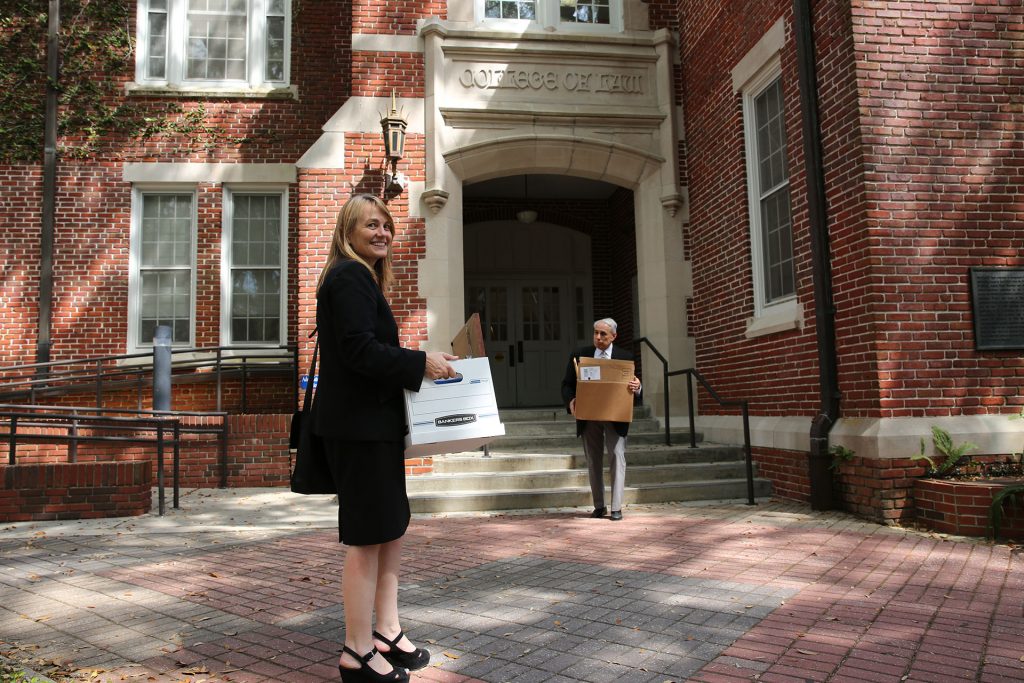 GAINESVILLE, Fla. – The University of Florida’s Warrington College of Business and UF Levin College of Law are preparing to switch locations in a historic move that will impact class locations this fall.

Recent renovations in the Plaza of the Americas unearthed a time capsule containing some of the original documents from UF Law’s 1969 move from what is now the UF Warrington campus. Faculty review of the documents revealed that the contracts were not actually signed, allowing UF Law to switch back to its original location without repercussions.

“UF Law is capitalizing on its forward momentum,” College of Law Dean Laura A. Rosenbury said. “The only way to move forward is by going back to the past.” 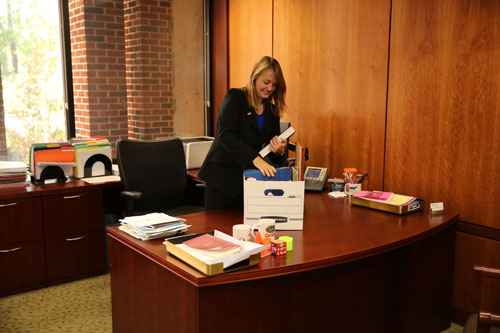 For UF Warrington, the move is a relief. It has been hoping to downsize to further build on its strong community. After the construction of Heavener Hall and Hough Hall in the last 10 years, the administration felt it would be best for all of the College’s programs and centers to be dispersed throughout the cozy building already located on the current UF Law campus.

“Having a separate building for each School simply isn’t for us – at least not anymore,” College of Business Dean John Kraft said. “We want to put all of our students under one roof to facilitate even more collaboration and mentorship in a smaller space. Growth happens best when you are truly rubbing shoulders with your peers and mentors.”

UF Warrington students will also have access to 482 parking spots at the College’s new location. However, half of them will be permanently off limits to ensure Dean Kraft has a clear walking path from his office to President Kent Fuchs’ nearby house so their lunch-time shuffleboard matches are not delayed. 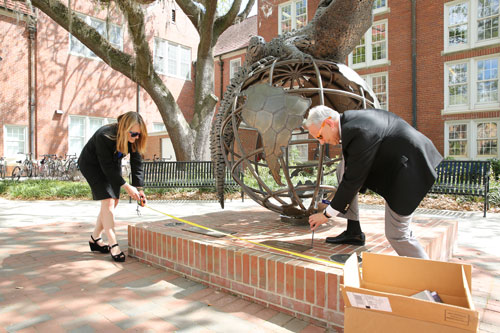 The move doesn’t stop with the inhabitance of buildings. To make students from both Colleges feel at home in their new areas, both parties have also reached an agreement to take their iconic statues with them – Warrington’s Gator Ubiquity and UF Law’s Cause and Effect, also known as the Cheerios. Administration will soon begin scouting potential locations on both campuses for their statues.

Both sides continue to negotiate over the Gateway arch at the corner of University Avenue and 13th Street. UF Warrington believes it should be a part of the move, but UF Law firmly wants it as part of their new campus. Negotiations are at a standstill but could be decided by a hot dog eating contest between the deans unless one side is willing to concede.

UF Law will feel a parking crunch in its move. Going from a large parking lot to a building with limited parking around it, students are already starting to see the bright side of their sacrifice.

“Personally, I’m excited to get the opportunity to study and work within the hub of main campus,” said third-year UF Law student Tim Groves. “The decreased parking is unfortunate, but it will help better prepare us for the competitive nature of the legal world.”

Once the move occurs, UF Warrington plans to renovate the law library to house a new capital markets lab. The Martin H. Levin Advocacy Center, home to a 4,000-square-foot courtroom, will become Dean Kraft’s new office because of its ability to host large groups. 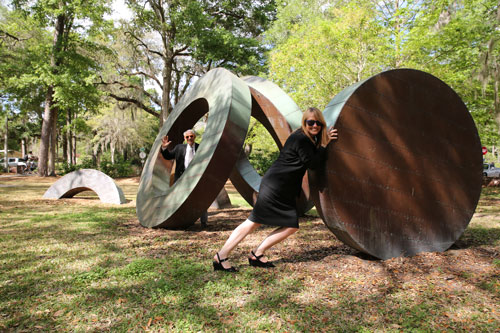 “I’m really excited about having a larger office that can hold more than 100 people,” Dean Kraft said. “I look forward to hosting as many meetings as possible with large groups.”

UF Law will also use this opportunity to eliminate its interdisciplinary learning programs. Any law professors with a research focus on business will be asked to join the business faculty, and any business faculty that focus on legal research will join the law faculty.

“I am honored to be appointed the Foundation Chair in Patent Trolls,” Sokol said. “It shows a commitment from the College and the University to promote more understanding of the intersection of law, business and technology. For far too long, we have thought about trolls as the nasty creatures from Lord of the Rings that want to kill you, eat you, or kill and then eat you. Patent trolls can be wonderful, too – just like the trolls from Disney’s Frozen.”

The Colleges also plan to keep their joint programs intact. Students may enroll in a Juris Doctor with a Master of Science in Real Estate, a MBA, or a Master of Accounting.

“The trajectory of the Levin College of Law and Warrington College of Business continue to rise,” said UF President Kent Fuchs. “This move is the beginning of even greater collaboration. While I will miss Snapchatting with Dean Rosenbury, I do look forward to regular shuffleboard matches with Dean Kraft.”

The six-month move is scheduled to begin immediately. To avoid confusion on where classes will meet in the fall, both Colleges will use sections 33-39 of Ben Hill Griffin Stadium as lecture halls, a midpoint between the two campuses. Students are encouraged to bring sunscreen. 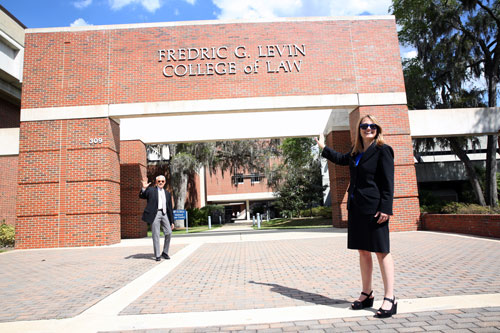